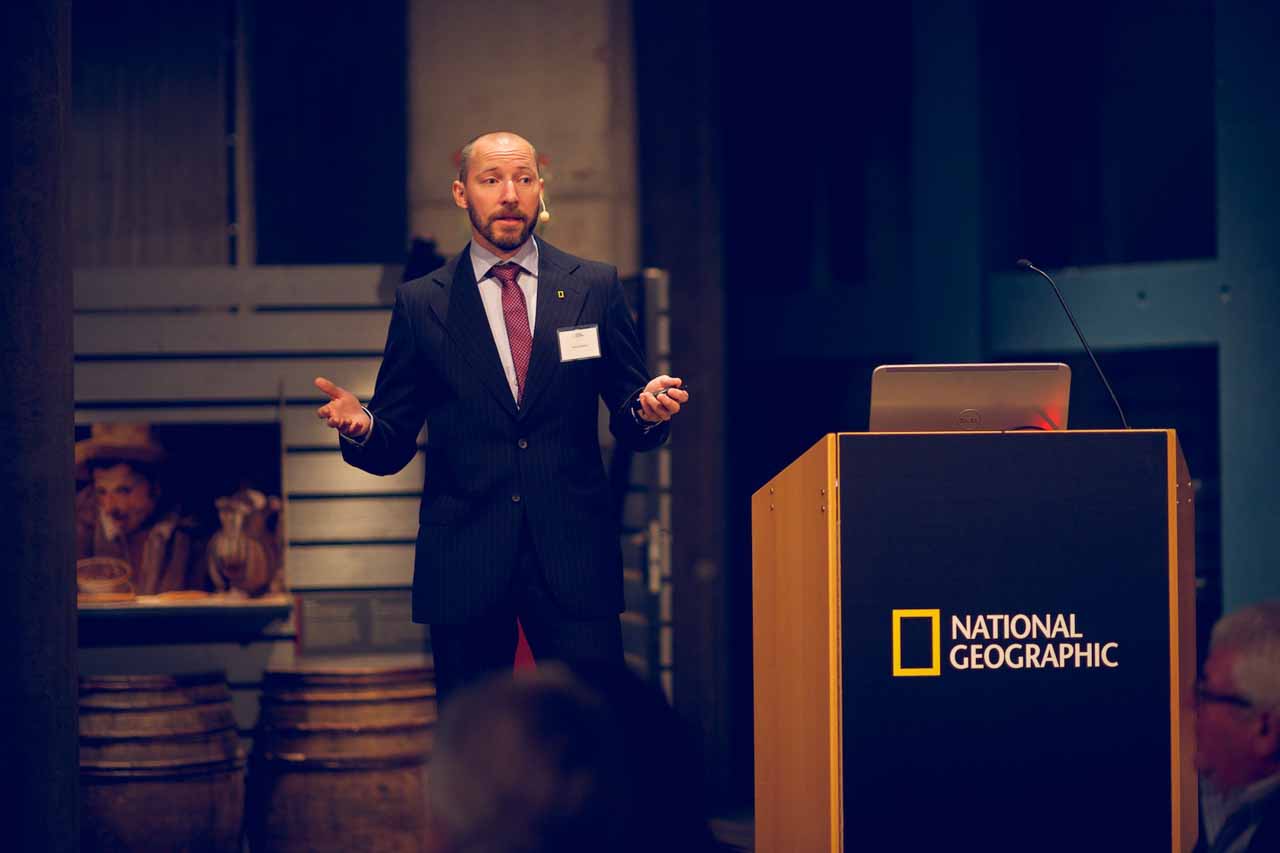 Larsson speaking before the National Geographic International Council of Advisors, introduced by President and CEO Gary Knell, at the Vasa Museum in Stockholm. Photo: Johan Lygrell.

Lars Larsson is an experienced public speaker and has addressed all kinds of audiences, using innovative visual storytelling with maps, animations and photographs. Most popular is his talks about the Sven Hedin Project, which he has lectured about many times on behalf of National Geographic. Larsson shares his own experiences and insights into the history of Sven Hedin’s life as an explorer – one of the greatest adventure stories ever told.

Larsson has given talks at the universities in Stockholm, Uppsala, Oslo and Zürich, at the Vasa Museum, Museum of Ethnography in Stockholm and the Fram Museum in Oslo. At Book City In Tehran, the Swedish Research Institute in Istanbul and in Globen, Stockholm, on behalf of Dell.